An exciting addition to London’s food scene is set to arrive for a three week run in January 2021. Erpingham House, a 100% plant-based restaurant with sites in the heart of Norwich & Brighton, is heading to The James Street Collective in the new year for a ground-breaking new pop-up, kicking off on Saturday, January 5th.

Erpingham House was founded in 2018 by entrepreneur Loui Blake, with vegan footballers partners Declan Rudd and Russell Martin, who saw a lack of plant-based options in Norwich. Noticing a gap in the market, Loui, Declan and Russell opened Erpingham House – a restaurant, bar and cafe that is built on health, promoting sustainable, delicious foods as much as a good time.
‍
Following the success of the flagship restaurant (the largest vegan restaurant in the UK), Erpingham House expanded this year, and opened a second outpost in Brighton during the pandemic after securing £250,000 investment, making its long-lasting mark in a city already known for top-notch vegan cuisine. Much like the Norwich and Brighton restaurants, which are entirely free from single-use plastic, the London pop-up will also follow suit.
‍
The new residency in London’s iconic Covent Garden will see Erpingham House’s Exec Chef, 21-year-old Megan Greenacre, at the helm, with the specially created menu available evenings only, Wednesday through to Sunday until January 31st. The James Street Collective, a multi-faceted venue comprising a co-working space, cafe, and restaurant, will be dressed as Erpingham House – expect pink blush interiors, modern touches and botanical features definitive of the fast-growing brand.
‍
The menu will focus on the versatility of vegetables and will encompass a variety of global flavours, bringing a taste of modern vegan cuisine that appeals to all diets and lifestyles. The pop-up comes at the perfect time for those partaking in Veganuary – a month-long initiate aiming to inspire and support people to try vegan, and drive corporate change. Erpingham House will use the residency as a springboard to try new dishes and showcase a wealth of vegan options available. It’s been a huge two years for the restaurant having been named in The Times top 10 veggie restaurants the UK, along with becoming best vegan restaurant finalists for two years running(2018/2019) at VegFest.

The pop-up will be a chance for guests to try Erpingham House and Chef Megan’s acclaimed dishes and pioneering take on vegan fare within the modern surroundings of The James Street Collective. 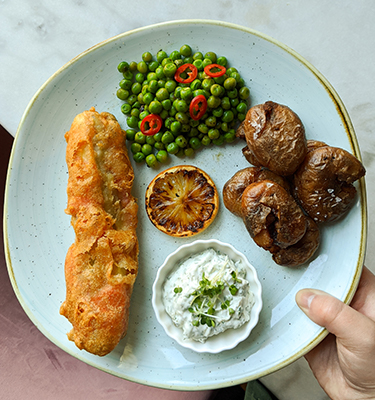 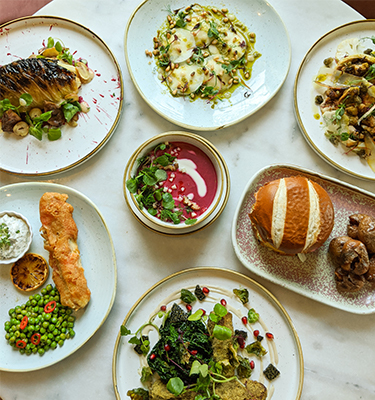 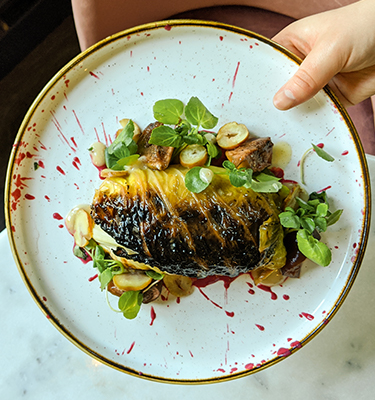